SAFELOAN.COM
Please wait while your request is processed. It may take up to 5 minutes to process. Please do not close your browser or refresh your page. We will attempt to connect you with other lenders for loan products. These lenders may conduct a credit check, and will possibly have high interest rates based on the terms and conditions of their loan offers. 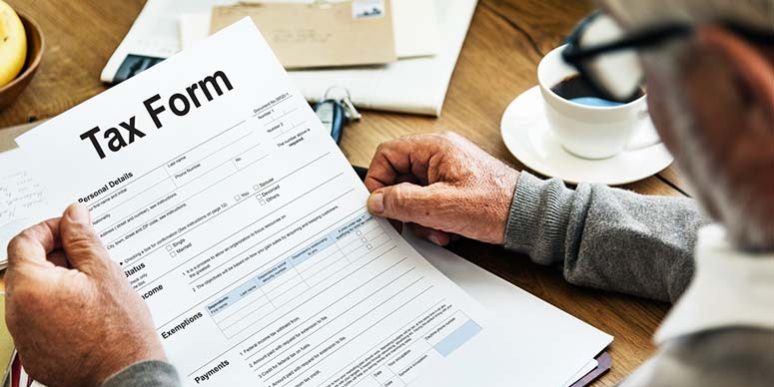 Federal, state, and local governments in the United States are huge structures that require very large amounts of money to operate and maintain. It is for this reason that there are tax liabilities in this complicated tax system that must be paid nationally and locally.

What are tax liabilities?

The tax liability is the amount of total tax calculation debts that a person, corporation, or another type of entity owes to a taxing authority such as the Internal Revenue Service (IRS).

For example, income taxes, sales tax, and capital gains tax are all forms of tax liability.

The tax system of the Federal Government of the United States is progressive, this means that the more money you generate or more assets you have, the more tax you will pay.

The fulfillment of the payments of taxes is taken very seriously since it is an obligation of every citizen or resident (temporary or permanent) that generates income to be a taxpayer.

It is administered and controlled very strictly through the Internal Revenue Service, known by its acronym IRS. Its annual presentation, every April 15, is usually a headache for residents who resort to using special software or hiring the services of tax experts.

When paying taxes, it’s important to use current-year formats as tax laws and returns are constantly changing.

If you have lived more than 180 days in a row in the United States, (regardless of your visa status) the IRS will interpret that, for tax purposes, you are a resident and therefore you will have to pay taxes on any money you have obtained with your wages, credit or whatever.

In the same way, as it works in many countries, if you work for another person or a company, it’s mandatory to make the withholding estimate that will be paid each month, in addition to the annual declaration.

The annual percentages paid will vary according to the total amount of income earned. For example, if less than $25,750 were obtained, a 15% tax will be paid. While those who obtained income above $283,150 will pay 39.6% tax.

There is also the so-called “Sales Tax” or sales tax, which varies in its conditions and percentage in each state. The average is between 5 to 8.75%, depending on the city or the type of product or service purchased. Alaska, Delaware, Montana, New Hampshire, and Oregon don’t charge this tax.

It’s important to consider that in addition to all of the above, the company or employer withholds 6.2% of salary for Social Security and 1.45% for Medicare.

Every year, the IRS is dedicated to updating more than 40 tax provisions. This is done to take inflation into account for the tax calculation. Otherwise, taxpayers would be pushed into a higher tax bracket or unfairly lose certain tax credits.

Does this mean that tax rates also change? No, they stay the same. What does change is the tax bracket, which was slightly adjusted in 2021.

You should know that the amount of taxes that you will have to pay this year in the United States will depend on several factors. In itself, the amount of annual income you receive and your marital status will give you a clue as to which tax bracket you have.

Taxes in the United States are calculated in a staggered manner, that is, progressively; something similar to the example that we leave you next: if you earn $50,000 annually, the first $9,875 will be subject to the application of the first tax bracket (which is 10%).

How do the tax ranges and rates work?

As we said previously, the United States works with a tiered or progressive tax system that is governed by the following considerations:

Being in a tax bracket does not mean that you will have to calculate all your taxes according to that tax rate. America’s progressive tax system has been carefully designed to collect different tax rates as income increases. This allows families who earn little money per year to pay less than those who receive a large number of dollars.

In itself, the calculation of your taxes is divided into several parts. The first thing to do when calculating taxes is to determine the tax base. This tax base is divided into different tranches. A fee is applied in each section.

Therefore, if you reach the third tax bracket, that doesn’t mean that the IRS will calculate your taxes at 22%: one part will be calculated at 10%, another at 12%, and the remainder at 22%.

Depending on your income, you will pay a flat tax, a tiered tax, or no income. And it is that everything will also depend on your tax credits, deductions, exemptions, among others.